Since there are two days in March that resonant with woman and with dentists and since I happen to be both a woman and a dentist, I thought I’d spend some time writing about women in dentistry. Dentist Day and Women’s Day were on March 6th and 8th, respectively. Women in dentistry have come far and it all started with a determined woman name Lucy Hobbs.

In 1866, Hobbs was the first woman to earn a degree in dentistry. Her path was not an easy one. In 1861, she tried to enroll in medical school, but she was refused. She was accepted into dentistry at the Ohio College of Dental Surgery. She had already been practicing dentistry on her own for some years, a common practice a the time, and so the school only required her to attend one session before she graduated! .

In 1890, Ida Gray Nelson graduated from the University of Michigan School of Dentistry becoming the first African-American woman to earn a dental degree. She not only crossed the gender barrier but also the racial one.

Many innovations in dentistry can be attributed to women. If you know someone with dentures, or have them yourself, you can thank Sister Tabitha Babbitt as the pioneer of a new technique for creating false teeth.

If you have ever gotten a dental cap or a crown, you can thank innovator Elizabeth Morey who wished to avoid extracting teeth in the 19th century, unlike most of her counterparts at the time.

And, then there’s floss. It was Marion Donovan who invented what was known as the DentalLoop, an innovation on the already invented floss. The floss in a loop shape which helps patients with manual dexterity issues. This was eventually was reinvented to become a floss pick or floss stick.

Times sure have changed, but the perseverance of women in dentistry has not. According to the American Dental Association, in 1978, 15.9% of first-year dental students were women. In 2014 findings from the Survey of Dental Practice showed that figure to be 47.7 %. These days, dental school classes are made up of upwards of 50% women.

It is great to see these numbers trend upward as more women join a great profession. 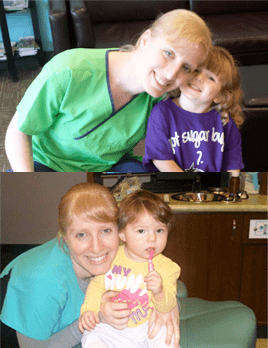